The George Washington Masonic Memorial in Alexandria, Virginia was constructed using pink Conway granite from the Redstone Quarry. Granite from Redstone was used for the base of the building, 5500 cubic feet were used for the Memorial Hall on the second floor as well as granite columns.

Supplying granite for the Masonic Temple was the largest job ever undertaken by Redstone. It included twenty-four polished columns, each 22 feet long and each weighing 18 tons.

Supplying granite for this seven-story building was the largest job ever undertaken at Redstone. Reportedly the quantity of rail freight generated by the construction led to the expansion of the local freight yard to one of the largest RR yards on the East coast. The job included twenty-four polished green interior columns, each 22 feet long and weighing 18 tons each with large pink columns at the entrance as well as close to a mile of steps. The job, with numerous over-runs, was finally dedicated in 1932 with the last minute arrival of a substitute cornerstone carved during six days while en-route by rail from Redstone

Below the photo of the Memorial is a picture of the cornerstone from Redstone made for the memorial. 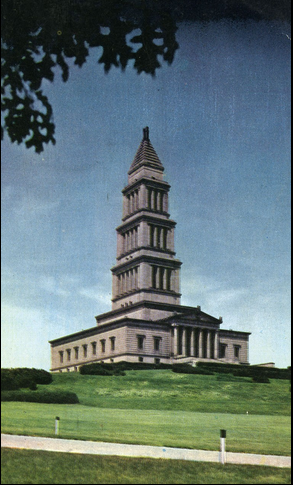 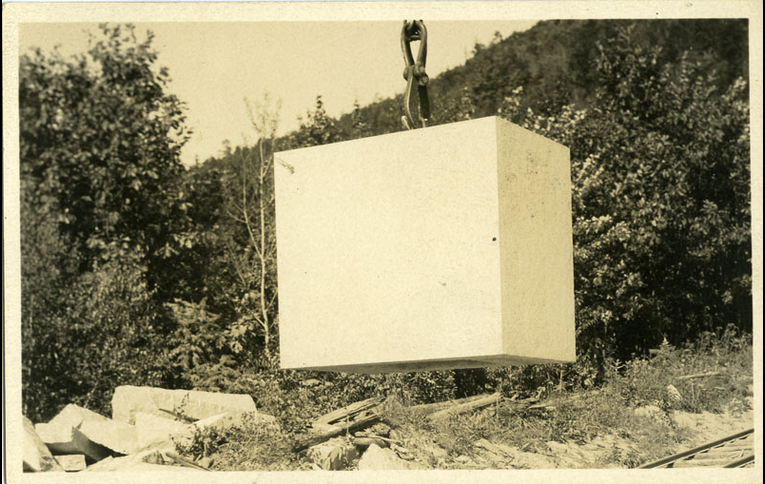 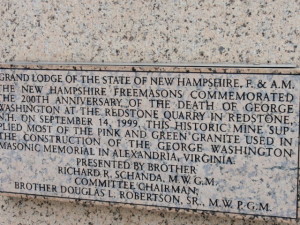 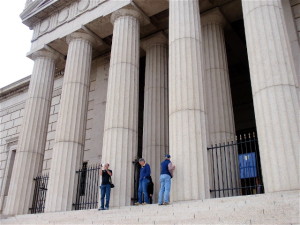 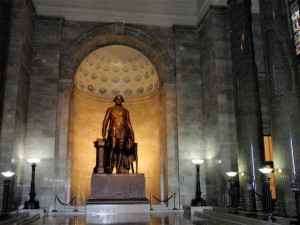 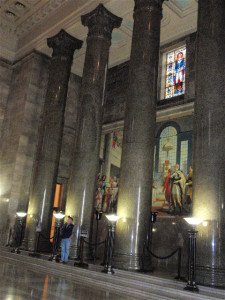 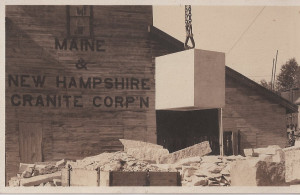